First Listen: MORTEN takes on The Prodigy with new solo offering ‘No Good’ 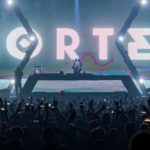 MORTEN returns to the musical helm with “No Good,” his first solo release since 2020’s “Polar.” Out now on Musical Freedom, the new single sees MORTEN break from the Future Rave sound, offering a deep dive into the raw and unadulterated tastes of the Danish hitmaker.

“No Good” finds inspiration from The Prodigy‘s iconic 1994 release of a similar name, but offers it a new lease on life with a flip for today’s global sound. With pre-release support from the likes of Afrojack, Timmy Trumpet, Showtek, and ACRAZE, MORTEN’s new single is showing all of the signs of a late festival season hit.

Discussing the creative process behind the new release, MORTEN says,

“The Prodigy have always been a big inspiration for me, the first concert I ever went to was to see them back when I was 14 and I have admired their work ever since. Using the sample of one of their songs for my first solo track in a long time seemed like the perfect choice as they have inspired me for so many years. This track is really important to me and being able to tie it to The Prodigy is an honor for me.”

MORTEN can currently be found spinning his summer heat at festivals across Europe, with upcoming sets at UNTOLD in Romania and POSITIV Festival in France. Those unable to book a full festival getaway however, can also find MORTEN along with David Guetta each and every Friday during their Hï Ibiza Future Rave residency.

“No Good” is now available on streaming services everywhere. Listen to MORTEN’s new track in full below.

The post First Listen: MORTEN takes on The Prodigy with new solo offering ‘No Good’ appeared first on Dancing Astronaut.